Taiwan is renowned for its precision manufacturing capabilities in the global information communication technology (ICT) supply chain. On the other hand, the current COVID-19 pandemic is showcasing the world Taiwan's superb healthcare quality. It makes us wonder what happens if we marry Taiwan's tech-manufacturing with its healthcare capabilities. We will share in this talk how AI disrupts and creates a paradigm shift for the Taiwan tech industry. 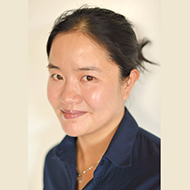